When it comes to your beautiful skin remember its better to ditch the expired cosmetics.

More than two-thirds of women only replace make-up and skincare products when they run out. LONDON – The average British woman’s cosmetic bag is out of date by a worrying four years, according to a study on Wednesday 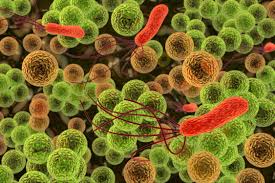 Women are using cosmetics well past the use-by date, unaware that some products could be magnets for germs which could damage their health and looks, said Sara Stern, Director of Cosmetics at retail chain Debenhams. “British women are famously loyal to make-up brands and products, however, their reluctance to throw away old products is a risky business,” Stern said in a statement. “We wouldn’t hesitate to chuck out moldy or bacteria-ridden food and the same standards should apply to the lotions and potions and that we put on our skin. Beauty is timeless but unfortunately, products are not.” Favorite beauty essentials such as foundation, concealer, blusher, eyeshadow, eyeliner, mascara, lipstick and perfume all include a “period after opening” indicator, denoted by an open pot with the number of months of safe use written inside. Debenhams asked 1,000 women aged 18 to 70 about the contents of their cosmetic bags and their understanding of the health considerations. Despite European Union guidelines meaning brands have to state product shelf lives, 89 percent of respondents said they were unaware that such information exists, did not understand what the symbol meant or were unable to read the often tiny writing. Make up, perfume and skincare products used after the expiration date carry a risk of irritation and infection, Debenhams said. This is due to air and bacteria infiltrating the products. Multiuse products carry an even higher risk as they can spread germs from eyes to skin to lips. 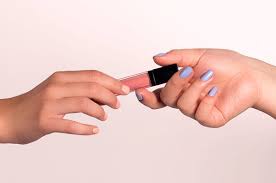 To add to the shock factor, 60 percent of respondents admitted they shared make-up with friends and family, multiplying the chances of infection. More than two thirds of women (68 percent) said they only replace make-up and skincare when they run out, however long that might take. Nearly three-quarters of those surveyed (72 percent) never wash their make-up sponges or brushes, even though they should do so at least once a week and 81 percent of British women also regularly (at least once a week) go to sleep without removing make-up. Although this may seem time consuming, keeping the brushes and sponges which touch your face on a regular clean is a must for healthy skin. Our Natural Brush Cleaner by Eminence Organic Skin Care is a great fix for those with not too much time to wash brushes in the morning. Simply spray and go! Bevis Man of the British Skin Foundation said it was not always obvious when make-up had passed its prime, so it may not occur to people to replace their products. “It is best to err on the side of caution and if a product looks or smells strange, it is worth throwing it away.”
Le Reve, Cosmetologist Linda is available to answer questions, give lessons, and apply your make up for a night out or special event. Classes are going on every week during February. Call the Le Reve today and sign up. 805-564-2977
Le Reve Organic Spa & Boutique is open 10 -7pm daily.
We are located at 21 W. Gutierrez St Santa Barbara Ca 93101
Call 805-564-2977 for spa treatments!

Trackback from your site.

Down the private outdoor walkway
between D'Angelo's Bakery
and Yoga Soup

Sign up to receive $10 off your next Spa visit 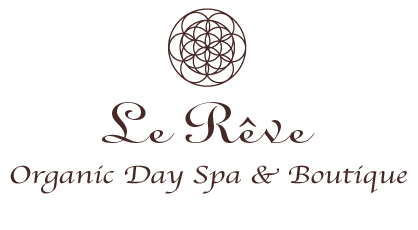